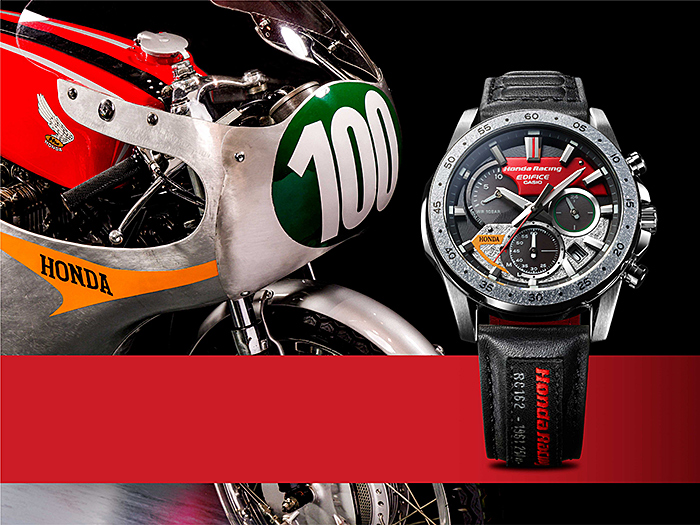 This year is the 60th anniversary of Honda Racing’s 1961 win of the world championship in road racing. In commemoration of this event, Honda Racing has specially collaborated with CASIO EDIFICE to launch the limited-edition EQS-930HR watch model. The design of this model is based on the world-champion Honda RC162. The RC162 is the first Honda Racing model that carried the first Japanese to a motorcycle grand prix victory at the Second Round West German Grand Prix, and it was ridden by the famous Japanese racer Kunimitsu Takahashi. Fully equipped with solar charging system, the specially processed aluminum used for the bezel and dial in EQS-930HR-1A resembles the RC162’s aluminum fairing. The design of RC162 has a few distinctive features. While red resembles the color of the tank, yellow bears a resemblance of the fairing line. With the Honda logo being adorned on the dial, band ring and back cover, the classic pattern of racing suit is also decorated on the genuine leather band. This new EDIFICE model is undeniably a precious collection for Honda fans who wish to commemorate the 60th anniversary of the Honda championship. 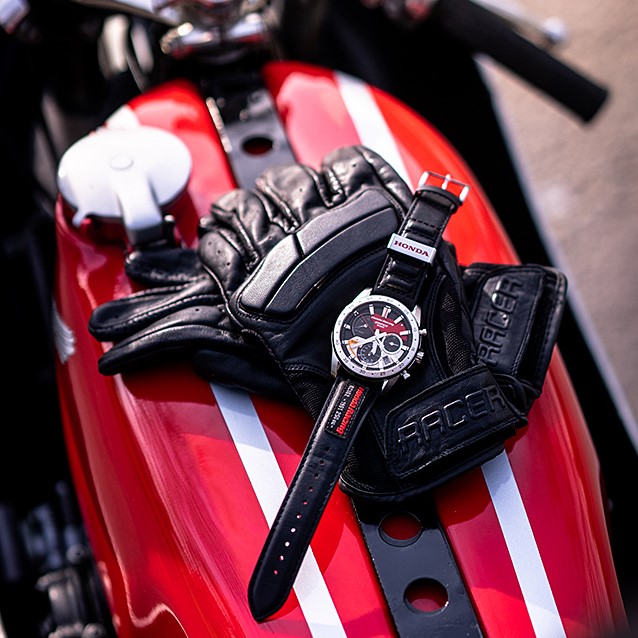 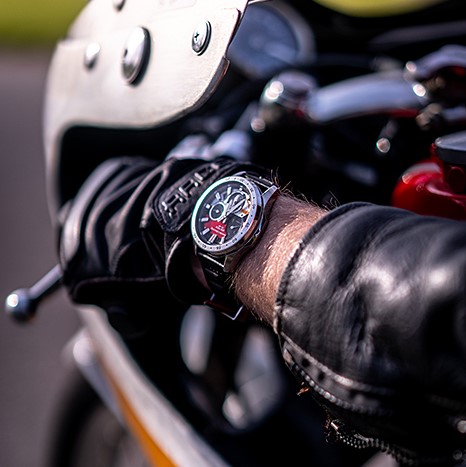 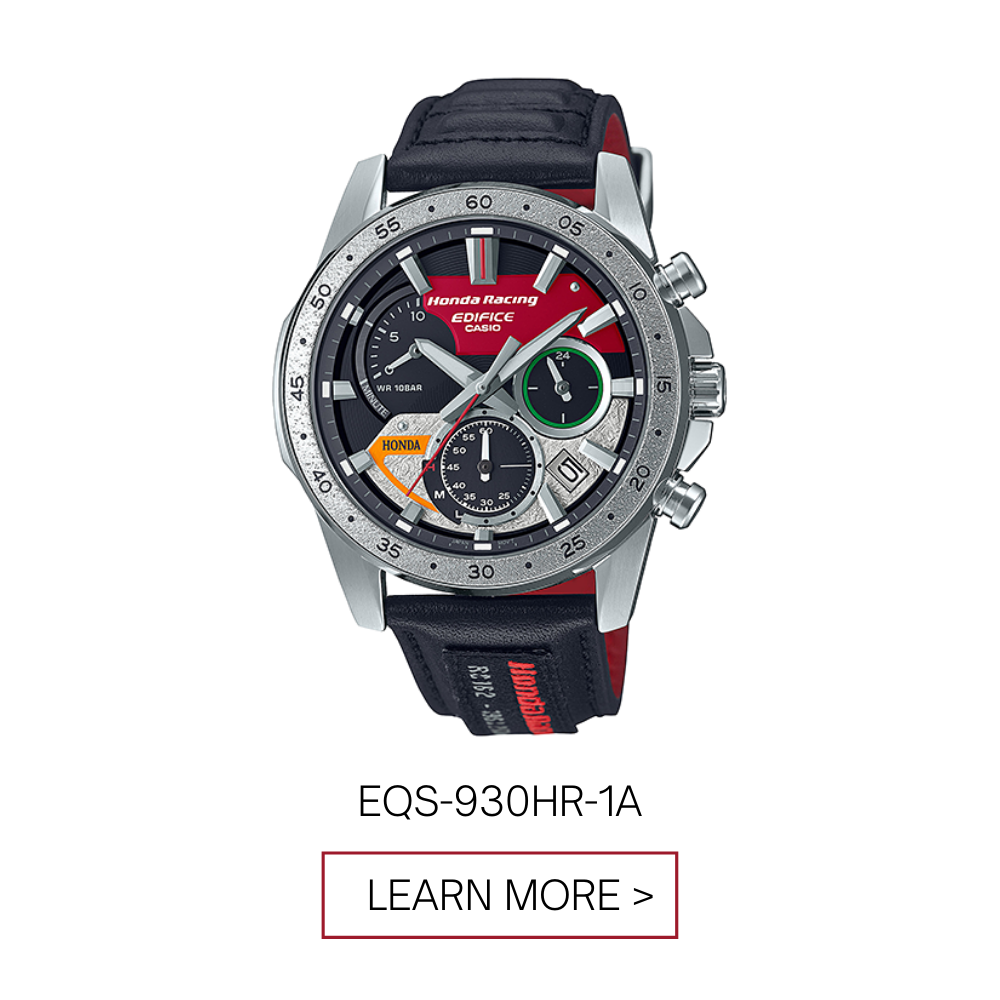 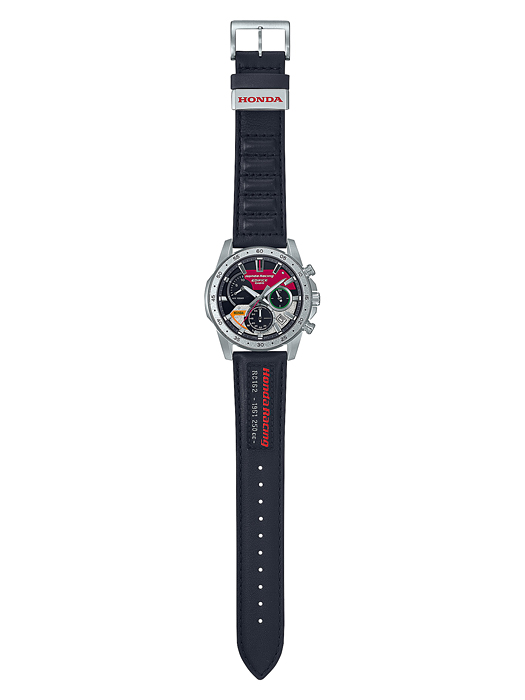